A few months after its concert debut, for its first recording experience Filarmonica Gioachino Rossini was selected by Juan Diego Florez, a Peruvian tenor and one of the most talented “Bel Canto” artists in the world to collaborate with him on his next CD dedicated to traditional Italian song.
The CD, due for release around the middle of 2015, was recorded by one of the most important international record labels, DECCA (Universal Music Group) in Fano’s beautiful Teatro della Fortuna. 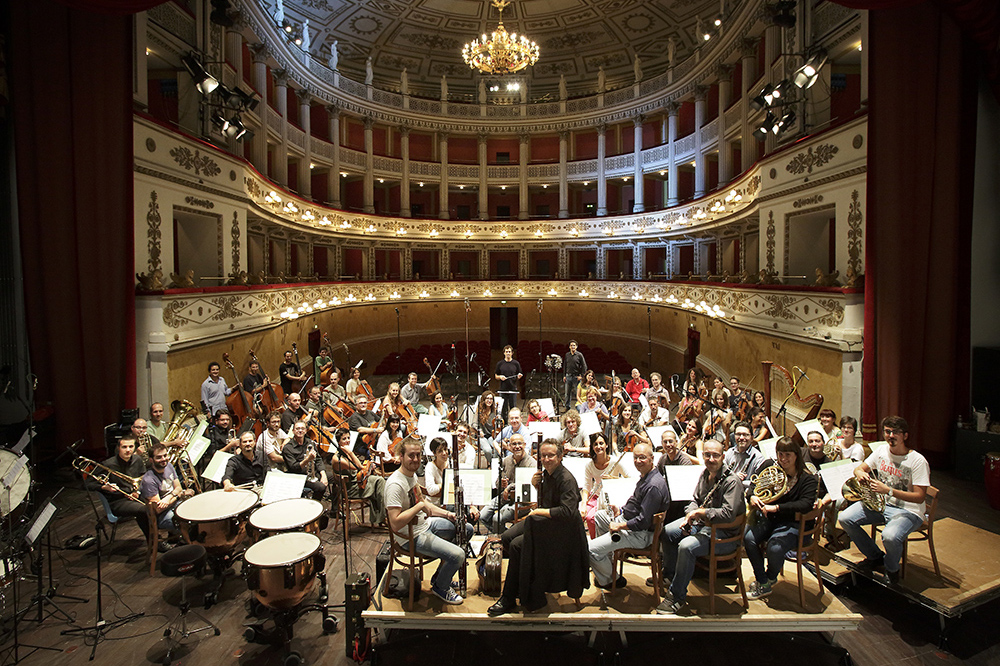